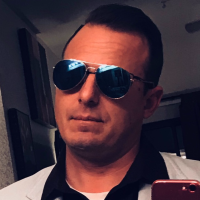 New Year’s Eve? Last day of the year, one I usually reserve for staying home and avoiding too much interaction with the world outside my bubble. But 2017 was a different kind of year for me, for my family, for this band that I truly love.

If you don’t know, I am a proud brother of Red. I’m sure our other brother has a moment like mine when I knew he was going to do something big. Mine was when he played Glycerine on the piano in our living room when he was 16. I can still hear every note, and believe I shed a tea...

@Jon-Rose has started a gofundme to help a long time Nerd with the untimely loss of her husband. Please consider making a donation to help Lauren deal with the funeral costs and other expenses surrounding Kevin's untimely death. Any amount helps. After the shortest gap between shows for Arizona over the past year, the Nerds were ready for night one at The Crescent Ballroom. Between the band and the Onesie’s in attendance this was one HOT performance on a Friday night!

The energy was palpable as people began filing into one of my favorite hometown venues. The size of the room, sound, and staff make this one of the premier rooms in Phoenix. The drinks were flowing and the smiles were big as our favorite band took the stage! 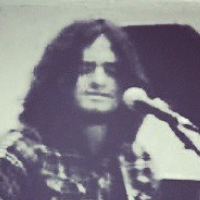 Although the room seemed to be less crowded than the night before, the energy at tonight’s sold out show was palpable. We were just coming off a heater of a Friday night show and among the many friends and fans that I’ve talked to, throughout the weekend, they found excitement in the fresh new faces seen throughout the weekend. It’s telling of Spafford’s current upward and high-flying trajectory. From Day 1 this turned out to be one of my favorite festivals of all time. Caribbean beach destination. Check. All-inclusive resort. Check. Jam royalty in attendance. Check. F***king Spafford is playing a late night after a day of face melting from the classics? Cheeeeck!

This the second time now Spafford has essentially forced me to follow through with a dream run, (last year was Phish MSG for New Year’s). This time was even better. Albeit a completely different Spafford experience (especially for a festival).

The late-nights before Spafford were pretty epic: SunSquabi tearing up the ro...